Force S; The build up to D Day.

Dad was still on the books at HMS Odyssey but was now working on the staff of the Naval Force Commander of Force S. As you may have gathered from the dates this was the build up to and during the Normandy Landings. The whole battle was called Operation Overlord and the naval part of it was called Operation Neptune. It seems that many lessons had been learned through the various landings and attacks that had been carried out by Allied Forces, including the disastrous raid on , and the planning and training stages were exhaustive. Part of these lessons was that the three branches, army, air force and navy, must work together and be well coordinated for success to be assured. This was achieved by forming the Combined Operations. I think Dad was now part of the Combined Operations team. I remember seeing the Combined Ops Badge in a drawer at home. Each member retained their usual structure within their branch though so this does not appear in Dad’s record.

After his posting to Cameron Barracks in Inverness it becomes very difficult to follow what Dad actually did in the run up to D-Day. By the way, the hour of the landings was called H-Hour. Not too imaginative really. The North European landings were so secret that they invented a further category of secret beyond the highest ‘Top Secret’. This was ‘Bigot’ and apparently was the backward form of ‘To Gib’ which was written on personnel’s orders when being posted for the North African Landings, Operation Torch, which Dad took part in.  Mind you there was a real panic about security in May 1944 as the very popular Daily Telegraph crossword had the answers of and in them and these were of course the names of the American Landing beaches in . On 2nd June 1944 two more suspicious answers appeared, Overlord and Neptune, which of course were the code for the whole operation and the landings. The same compiler was involved, and MI5 very quickly interviewed him. It was found to be sheer coincidence. He was a 54 year old teacher and frequently asked his 6th Form pupils for words to include and as the school had been evacuated to an area that was full of Americans they gave him words that they had heard them saying.

Dad’s records show that he was admitted to the secret list on 10-Feb-44. I can not find what this specifically meant but must assume that as a Cipher Officer he had a raised level of clearance to use higher codes so he would have had to be ultra careful and would be more closely scrutinised than someone not on the secret list. In his parent’s photograph album of the war years it states that Dad ‘came south via the North of Scotland, Liverpool and Portsmouth so this sounds as though he was on a ship rather than staying ashore with the Admiral. The ship was probably HMS Largs, more of which later.

The D-Day landings have been portrayed in many films and still are the largest amphibious landings ever carried out. Though maybe telling you something you may already know I feel I should give some background to the whole battle. Operation Overlord was the code for the for . Operation Neptune was the initial part of the for , the transport of the troops, the landings and the establishing a bridgehead and the first month. The landing was to be over a 50 mile stretch of ’s northern beaches. The 50 miles was to be divided into the Western and Eastern Sectors. 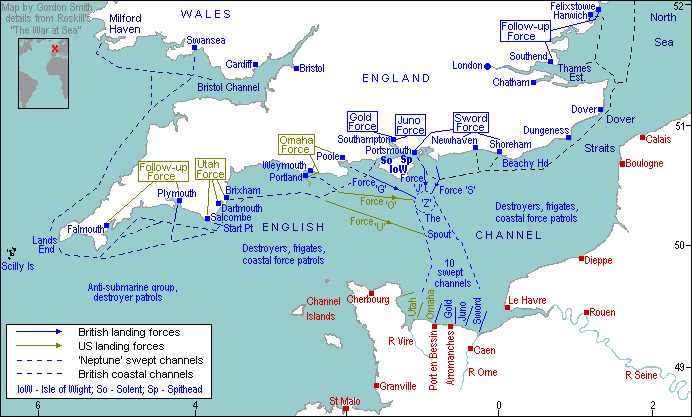 Admiral Ramsay had actually resigned from the Royal Naval in 1938 but was coaxed back by Winston Churchill to help in the coming war. He was in charge of Operation Dynamo which was the retreat from where he masterminded the saving of a third of a million allied troops from the beaches. He was knighted for this work in 1940. Following this he was in charge of defending the coast from the threat of invasion and then was Deputy Commander of the North African Landings and Naval Commander of the Eastern Task force for the invasion of . This gave him plenty of experience for his job as Naval Commander for Operation Neptune. Unfortunately he was killed when his plane crashed on 2nd Jan 1945 leaving an airport SW of Paris to attend a meeting with General Montgomery in Brussels. 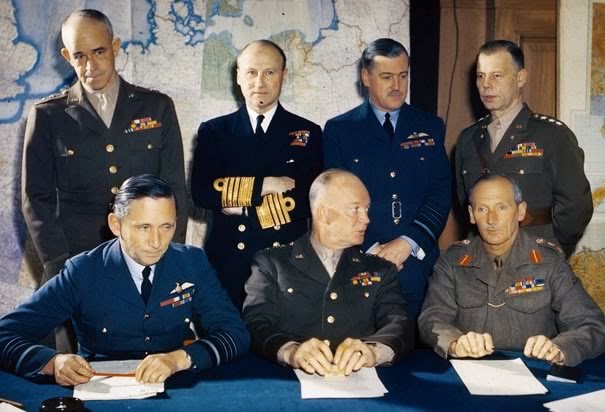 Rear Admiral Philip Vian had been a gunnery expert and had won the Distinguished Service Medal for his actions early in the war off the then neutral Norway, aboard the ‘Cossack’ when he safely took the German ship ‘Altmark’ that held 300 British Merchant Seamen that had been captured by the German raider ‘Admiral Graff Spee’. He was nominated as the Naval Commander of the Eastern Naval Forces for Overlord.

The Rear Admiral for was Arthur George Talbot. I can’t find out too much about Admiral Talbot. He had a nickname of ‘Noisy’ for some reason. Just prior to D-Day there was a send off do in the gymnasium of HMS Victory. When a destroyer Captain said he had to sail with in the hour so had to leave ‘Noisy’ Talbot said ‘Goodbye Cox, and good luck. I don’t suppose we will see you again’. Not the big confidence boost the assembled throng were looking for on this particular day. However he did do better with a missive distributed to all under his commander that is shown below. 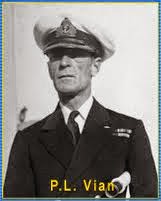 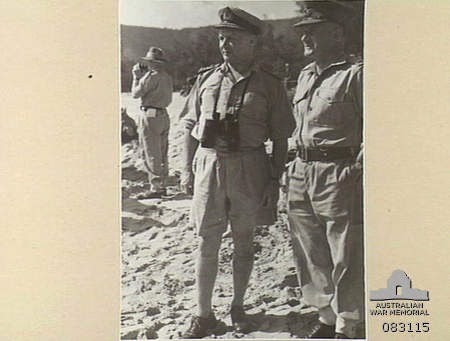 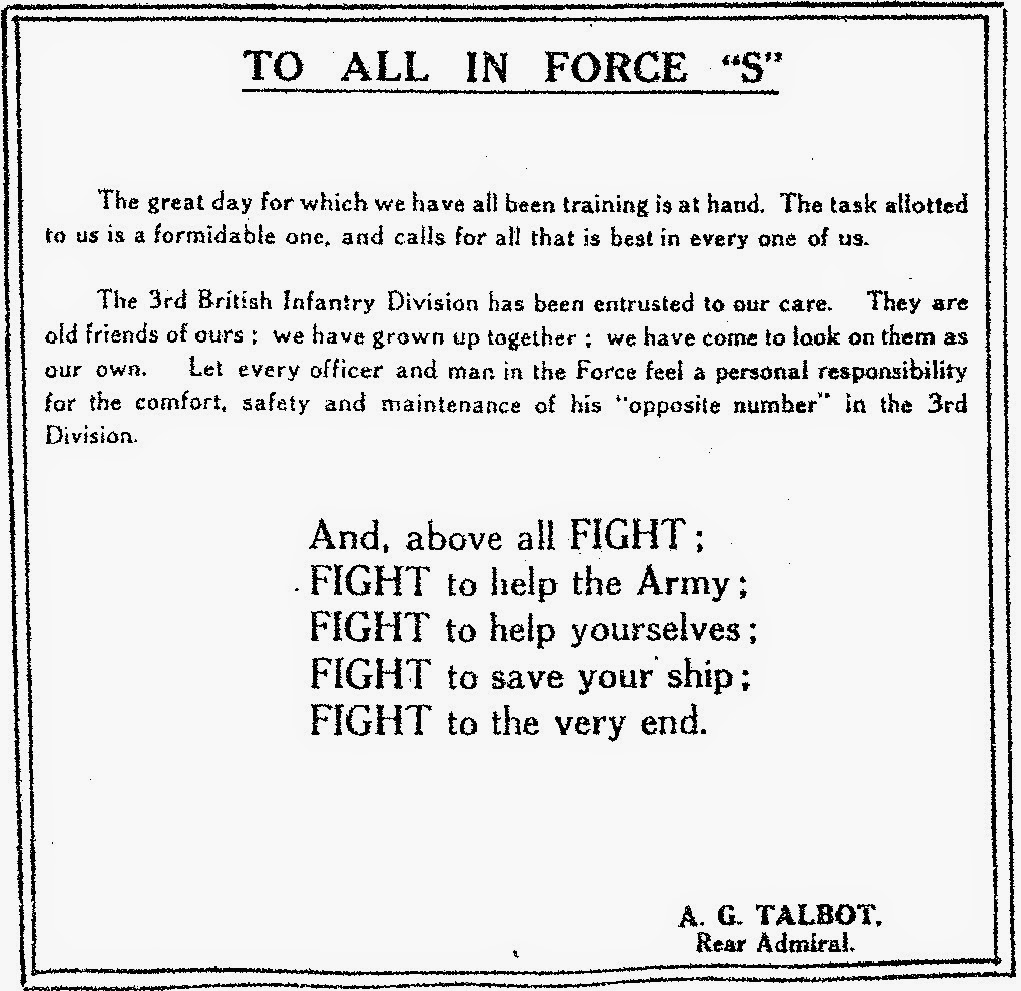